Home > News and blog > Blog > Uncategorized > People as infrastructure: The politicization of garbage management in Hargeisa 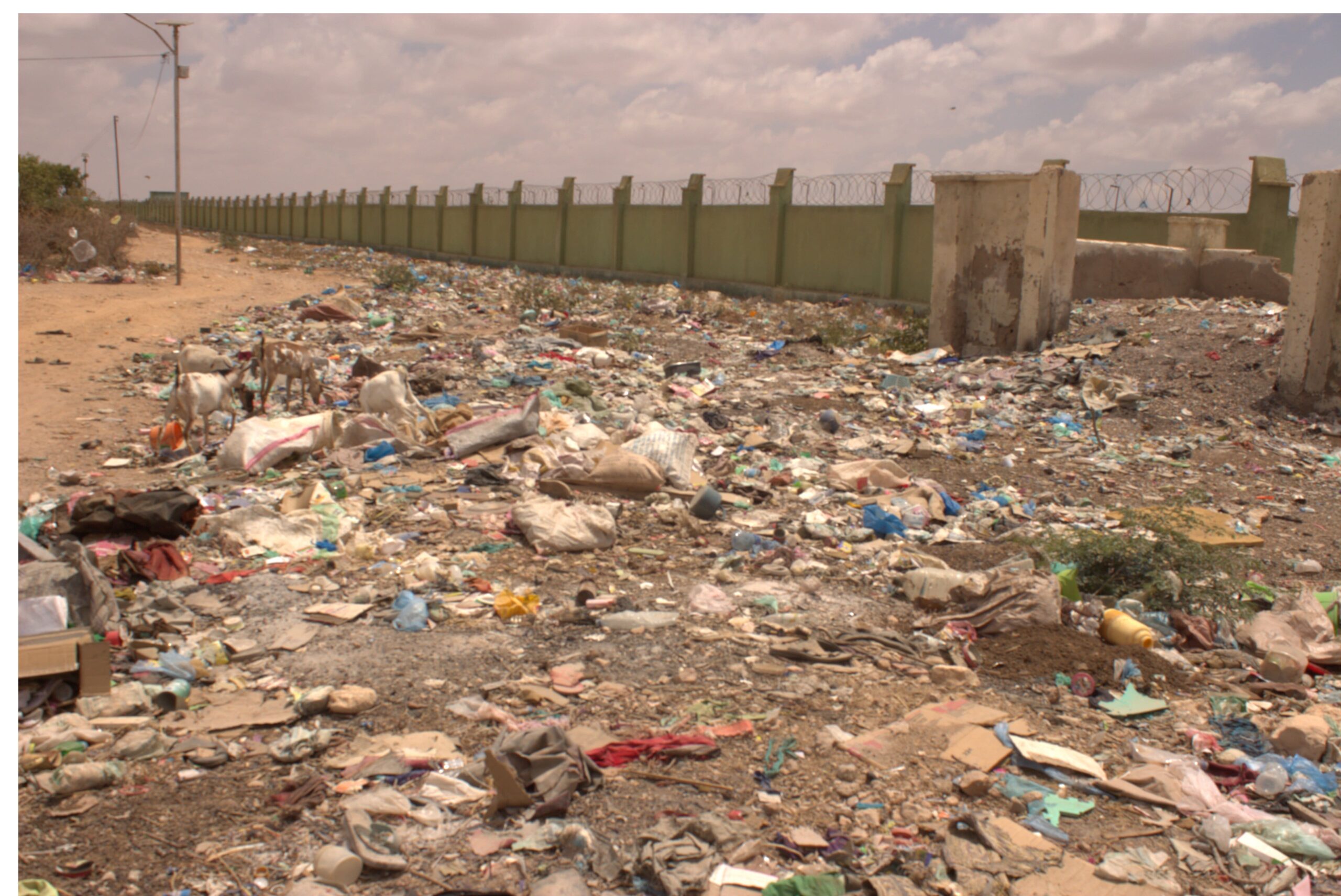 An unregulated garbage site in Digaale

Waste matters! According to Acuto, around four billion tons of waste are produced yearly by humans across the globe, and the management of this waste has become a multi-billion dollar business. Waste management is also a crucial part of the circulatory systems that constitute cities, and the way it works has significant effects on the health and wellbeing of urban residents. Waste management, as mundane as it may sound, is not just a technical matter, it is deeply political.

The lack of a comprehensive waste management system is among the major challenges in Somaliland’s urban centers. City governments across the country have faced criticism for their inability to regulate waste management, to oversee the regular collection and proper disposal of garbage, and to ensure that urban spaces remain clean and free of hazards. Like most basic services, garbage management is privatised in Somaliland. However, companies collecting garbage have been regularly accused of dumping the waste in the suburbs or at the far outskirts of urban areas, while the government has failed to sanction this unhygienic and potentially hazardous practice.

Across Hargeisa, residents from both low- and high-income families are concerned about garbage collection and waste dumping. Unsurprisingly, however, lower income families and in particular people living in marginalised urban areas or slums face particular challenges. A female participant in a focus group discussion conducted in Digaale, one of the resettlement areas at the far outskirts of Hargeisa, summarised the problem:

“The garbage truck came to the neighborhood yesterday, but it collected garbage from some households and not from others. The problem was that when the truck came here, it was already full. Only one truck comes to the neighborhood once every three weeks, and when it arrives, the amount of garbage is already beyond what the truck can carry. Those who already want to pay for the service may not be able to get it, while others who cannot pay for [it], don’t have their garbage collected in the first place. The result is that much of the garbage will surely be disposed of inappropriately.”

Pricing of garbage collection and malfunctioning service provision are further points of contestation and public criticism. For example, every month a company may charge US$5 per household. In some inner-city neighborhoods where the poorest residents live, charges are lower (sometimes only half a more typical price), yet there is a catch. As a female participant in a focus group discussion conducted in State House explained: “Garbage trucks collect the garbage, and we pay around US$2.50 a month… [the truck] comes twice a week… they charge us US$0.60 the day they come to collect the garbage. If you fail to pay, they will not collect garbage from you.”

However, even if payments are made on a regular basis, residents have no guarantee that their waste will be collected, and services are regularly interrupted. The residents of Daami raise their concerns about the garbage collectors. In the words of a female participant in a focus group discussion conducted in Daami: “The garbage truck comes here while it is already full. They don’t collect garbage from us even if we pay them US$0.60 or US$1 – the garbage collectors leave the garbage behind.”

Customers submit their complaints to the service providers. But often the companies do not respond to these claims. A female participant in a focus group discussion conducted in Digaale stated: “We have submitted complaints about garbage collection. But as far as we know, nothing has been done about our complaints. Companies are only interested in money and we are poor, so the companies left us and didn’t want to hear from us.”

In the 2021 local elections, garbage management and the cleanliness of urban places were regularly raised by candidates across the country and especially in Hargeisa. After he was elected as Mayor of Hargeisa, Abdikarim Ahmed Moge has spearheaded a city-wide garbage clearing campaign. This has included calling for volunteers to help clean up the vast dry valleys of Hargeisa city centre, which have become major dumping sites and are allegedly also used as hideouts by criminal gangs. “I want to make Hargeisa one of the cleanest and green cities in the world” Moge told a journalist who interviewed him soon after the initiation of the garbage cleaning campaign.

Many of Hargeisa’s residents were volunteering to clean-up the city. While this may be applauded, it also confirms Simone’s finding that people can become infrastructure. Urban residents often use their bodies and labour to close infrastructural gaps and to compensate for infrastructural disruptions and malfunctions. Simone, however, was alluding to people living at urban margins who weave together multiple and often disjointed activities. For example, some women in the Global South have to search for water, and then carry jerrycans full of water over large distances, to compensate for the lack of pipework or to overcome shortages caused by droughts.

A public cleaning event falls into Simone’s ‘people as infrastructure’ theorization of urban circulatory systems. Other than in Simone’s examples, it is a top-down and choreographed political campaign in which the new major reacts to the concerns of his electorate. Yet it does not provide a solution for the problems outlined in focus group discussions. Neither are such volunteer campaigns sustainable nor do they solve the major problems of garbage management. The fundamental problems are inaccessible neighbourhoods, lack of financial means to pay for commercial services, a lack of legal regulation, and a widespread indifference towards finding a solution for the problems of garbage dumping and the environmental and health hazards this widespread practice causes.

Nasir Mohamed Ali (Director at the Institute for Peace & Conflict Studies), Jutta Bakonyi (Professor at Durham University) and Ayan Yusuf (Project Lead at the Institute for Peace & Conflict Studies) are members of the Inclusive Urban Infrastructure (IUI) team. IUI is a project funded by UK Research and Innovation through the Global Challenges Research Fund under the title ‘Towards Trajectories of Inclusion: Making infrastructure work for the most marginalised’ (grant reference number ES/T008067/1).