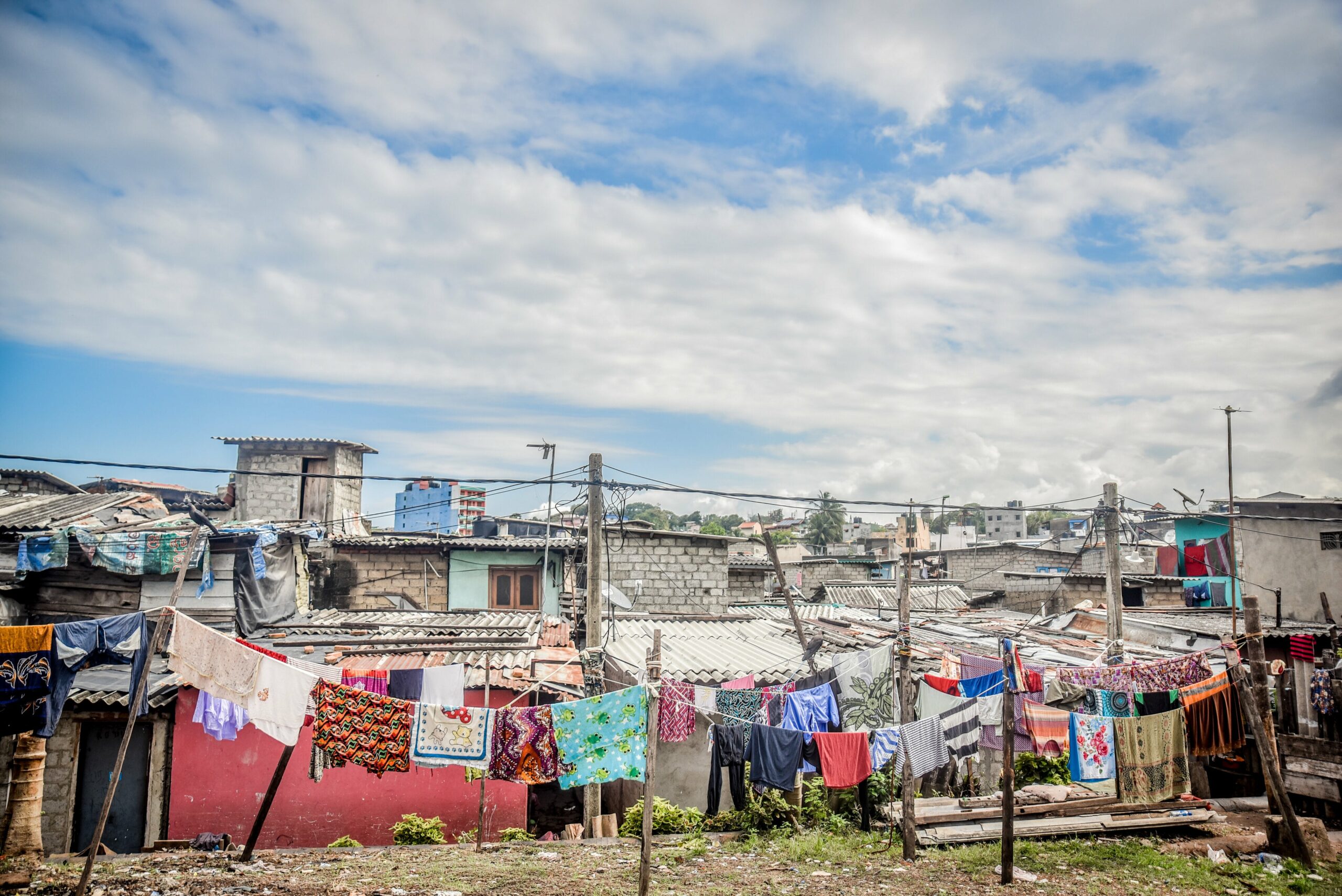 Sri Lanka has a GDP per capita of US$3,852 and a total population of 21.8 million. Colombo, the capital city, is where much of the country’s wealth is concentrated. Since the end of the country’s civil war in 2009, economic growth has increased, though political instability, exacerbated by high levels of inequality, is still a concern.

Recent economic development has resulted in major urban growth, although the administrative boundary of Colombo has not expanded in more than 30 years. Almost two-thirds of the estimated 2 million population of Greater Colombo now lives beyond the city’s administrative boundaries. This creates significant planning challenges. At the end of the war, the government initiated a major urban redevelopment programme, the Metro Colombo Urban Development Project, with support from the World Bank. Redevelopment has involved the substantial displacement of residents of informal settlements in the city centre to large, purpose-built blocks of flats, mostly in more marginal locations. This has significantly improved access to key infrastructure although it has disrupted established communities and financialised housing.

This project will involve two low-income neighborhoods within the city boundaries: Sammanthranapura and Lunupokuna. The residents of the latter neighbourhood are likely to be entirely displaced due to the planned construction of a large new oil pipeline. They will be complemented by two additional sites: Nawagampura, which is situated in the margins of the official city boundaries, and Salamulla, a new block of flats where people displaced as a result of a garbage dump landslide disaster have been relocated.

In addition, research will be conducted in the Sarnia community, where tea estate workers live, 350km from Colombo. The Sarnia Estate was established in 1885 by a Scottish company that brought labourers from India. People in this community have lived in estate houses constructed in the colonial period. Recently the government built 100-150 houses on estate land. The deeds for these houses were given to the beneficiary families. A significant number of youths migrate from this community due to unemployment, insufficient income and the social stigma associated with estate labourers.

Research will also be conducted in the Mahaiyawa area of Kandy, which is 120km from Colombo. The Mahaiyawa community originated in 1920, during the period of British rule. Due to the lack of space and congestion, most of the construction in this locality has taken place vertically without solid foundations. These housing units encroach on private land, namely the open spaces between 12 rows of estate houses.